News > The 10th anniversary of " WWJ Award" was successfully held


On April 10th, the 10th anniversary ceremony of "Wu Wenjun Artificial Intelligence Science and Technology Award" was held in Beijing, China, with 100 outstanding institutions and individuals taking on the highest honor stage in the field of intelligent science and technology in China.

Zhao Bing, member of the Party Leading Group and deputy director of the Counselor's office of the State Council

He Huawu, vice president and academician of CAE

Dai Qionghai, Counsellor of the State Council, academician of CAE, chairman of CAAI 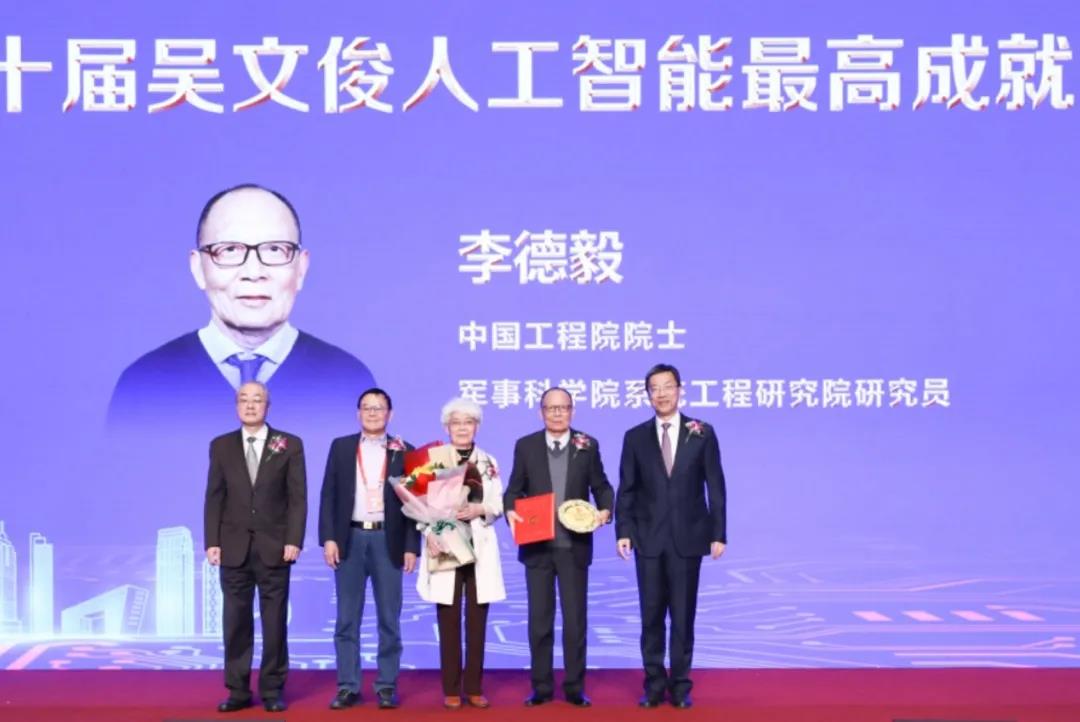 "Wu Wenjun Artificial Intelligence Outstanding Contribution Award" aims to reward scientific and technological workers and managers who have made significant breakthroughs and outstanding contributions in the field of intelligent science and technology. Dr. Zhou Bowen of JD.com Group, Professor Jiang Tianzi of Institute of Automation of CAS and Professor, and Jiao Licheng of Xi'dian University won the award together.

Over the past ten years, the "Wu Wenjun Artificial Intelligence Science and Technology Award" has successively rewarded 426 institutions, 391 innovative achievements and projects, and 1403 experts and scholars, which stimulating and carrying forward scientists' spirit of devoting themselves to research and innovation, and while continuously promoting the progress and development of China's intelligent science and technology.