On November 20, 2020, the "Sino-Singapore Summit for Digital Economy and Artificial Intelligence" was initiated online. The summit was sponsored by China Association for Science and Technology (CAST) and organized by China Centre for International Science and Technology Exchange, Chinese Association for Artificial Intelligence (CAAI) and Business China, Singapore. Over 610,000 attendees participated in the summit. 2020 marks the 30th anniversary of the establishment of diplomatic ties between China and Singapore. On this occasion, the summit was held as a bridge for scientists from China and Singapore to better communicate.  Guided by the idea of using science and technology to make people's life easier and using data for the good of people, the summit aims to enhance well-being of people of two countries.

Yang LIU, Director of International Liaison Department of CAST, remarked that he hopes experts could take this opportunity to exchange ideas on digital economy development, and intelligent technology innovation. He also wished a consensus to be enhanced and in-depth cooperation between the two countries in the field of digital economy and artificial intelligence to be strengthened. CAST is willing to join in hands with Singapore sci-tech organizations to explore new channels and models of cooperation in sci-tech innovation. Joint efforts should be made to promote scientific and economic development of both countries, LIU said. 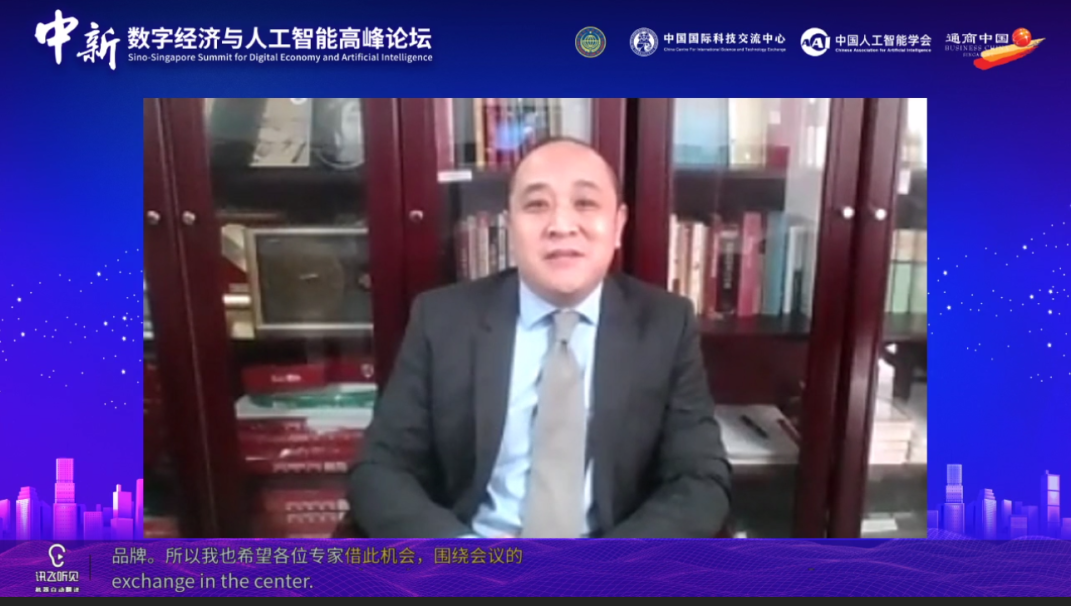 Academician Qionghai DAI, Counselor of the State Council of the People's Republic of China and President of CAAI, pointed out in his speech that the development of China and Singapore shares much similarity. As 2020 is the 30th anniversary of the establishment of diplomatic relations between China and Singapore, this summit is of great strategic value to deepen win-win cooperation between the two countries in digital economy and artificial intelligence. 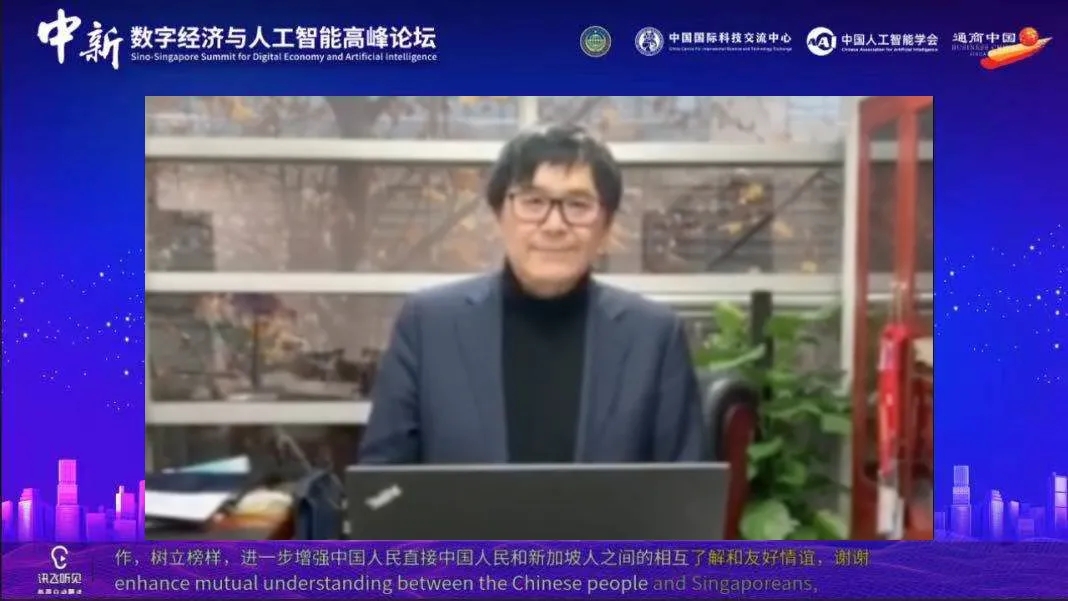 TIN Pei Ling, CEO of Business China, said that in the future, Business China will take the forum as an opportunity to work with CAAI. Through technology exchange, project incubation, industrial collaboration and other approaches, cooperation in the field of artificial intelligence and digital economy will be made to promote industrial upgrading and technological innovation.

4 Objectives and 13 Speeches Mapped out a Blueprint of Development

Thirteen Chinese and Singaporean scientists and entrepreneurs from the field of digital economy and artificial intelligence gave their lectures. Four major objectives were set in the summit: "Artificial Intelligence and Brain Health," "Natural Language Processing and Brain-Computer Interfaces," "Information Learning Perception and Cognition," and "Intelligent Robots 2020-2035: Extensive and In-Depth Exploration". Centered on the objectives above, our speakers stroke high-quality academic and intellectual resonance across borders, cultures and fields. They also provided two countries with professional guidelines for the development of intelligent technology and digital industry in post-pandemic era.

In "Artificial Intelligence and Brain Health" session, Professor Tianzi JIANG from the Institute of Automation of Chinese Academy of Sciences, introduced how to use artificial intelligence to address challenges of brain health. Associate Professor Anqi QIU, Associate Dean of the Department of Biomedical Engineering, National University of Singapore, emphasized the impact of brain images and genetic data on aging, dementia, and other aspects of brain health.

In the session of "Intelligent Robots 2020-2035: Extensive and In-Depth Exploration", ShuzhiSam GE, Academician of National University of Singapore and Professor of Singapore Academy of Engineering, gave a speech of “Spiral Evolution of AI and Robotics in the Digital Economy”. Hong LIU, Professor of Peking University and Vice President of CAAI, introduced new generation AI and public service robots. Xiaoping CHEN, Director of the Robotics Laboratory, University of Science and Technology of China, gave detailed analysis on opportunities and challenges that AI robots might face in 2020-2035. Associate Chair Professor Bo AN from President's Council of School of Computer Science and Engineering, demonstrated the latest progress and trend in distributed artificial intelligence.

Last of all, Professor Tianzi JIANG, in his concluding remark, expressed his gratitude to CSTA for building a bridge between Chinese and Singaporean AI experts and to the experts who gave excellent lectures. He wished Sino-Singaporean sci-tech dialogues to continue, the influence to be enhanced, the benefits to be expanded, and the value to be magnified. It is our goal to make blueprints come true, as the blueprints will in turn empower sci-tech innovation in both countries and eventually benefit two peoples, he said.